Inspecting the solids discharge nozzles from time to time is critical to not only the centrifuge operation, but also to manage and reduce repair costs.

Visual inspection on the discharge nozzles should be part of your general centrifuge maintenance schedule. A typical wastewater application has approximately 20,000 working hours before replacing the nozzles. In more severe wear applications (manure, sand, grit), Centrisys/CNP recommends to do frequent, thorough inspections. 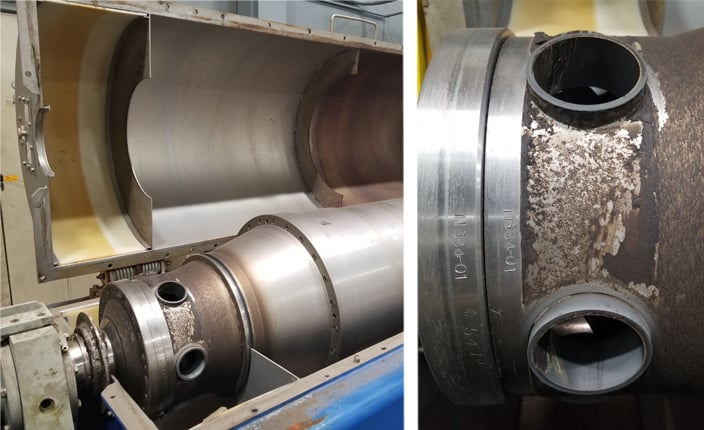 Above: Discharge ports show no sign of wear, tungsten carbide (TC) bushings are in good condition.

Discharge nozzles are constructed of TC. This is an extremely hard material that has a high level of resistance to wear. It's important to replace TC nozzles before they are worn thru.

Suggested Repair: None, but inspect the discharge nozzles as part of your general centrifuge maintenance schedule. 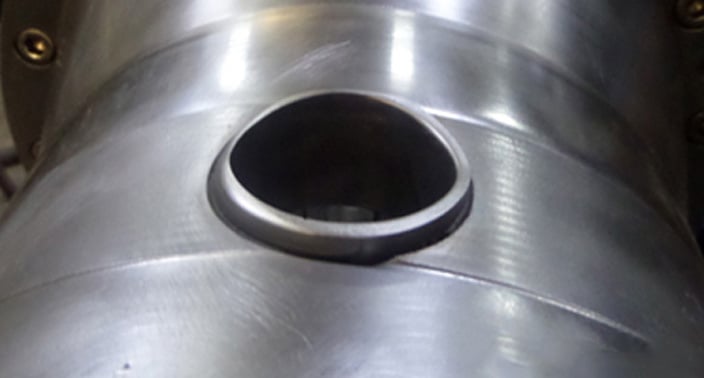 Above: Nozzle is beginning to show wear signs. The wavy pattern indicates that erosion inside nozzle is staring to round off. This wear pattern also indicates the centrifuge was run in both leading and lagging directions. This is part of the Centrisys standard design that doubles the life of the bushings and scroll.

Suggested Repair: Rotate the TC bushing 90 degrees to extend the lifetime of the part and have less expensive repair. More frequent visual inspections are necessary after the rotation. 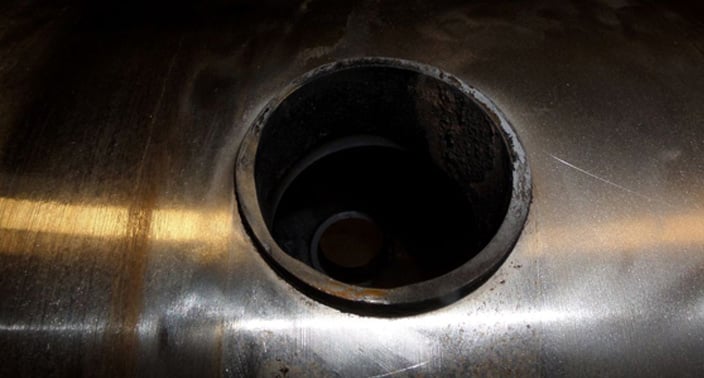 Above: More serious wear signs on the insides of the nozzle. The outside shows erosion with a wavy contour pattern. 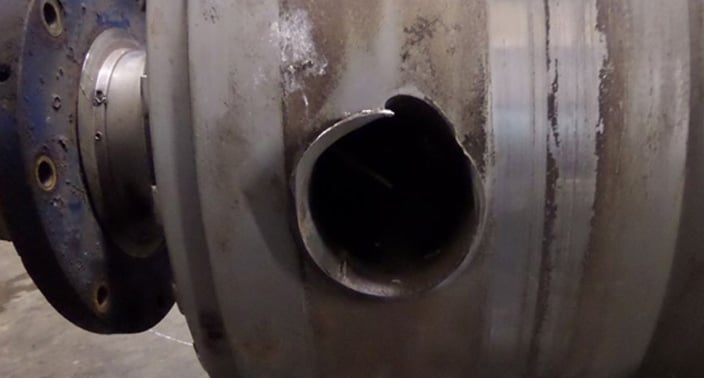 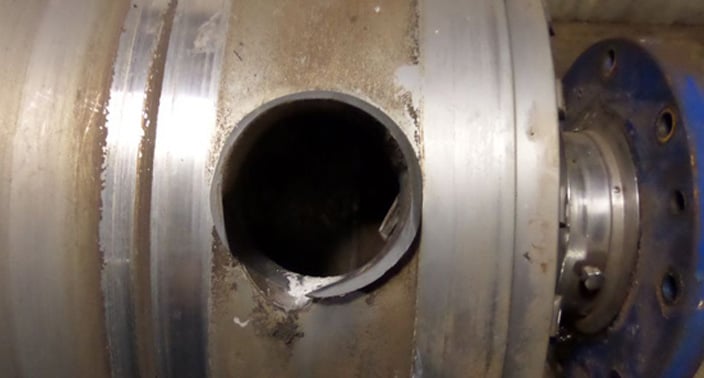 Above: Discharge ports show damage by an object or a very abrasive material ran through the centrifuge.